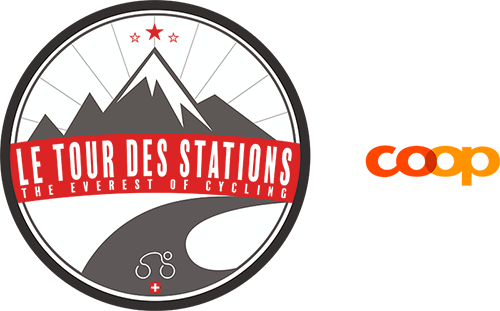 Participants must be in good health and properly trained. Contrary to the French or Italian races, the license and/or the medical certificate is not compulsory to participate in the cyclosportive events in Switzerland.

However, the organization strongly recommends that participants consult a doctor to confirm their ability to perform this type of effort. Each participant must have his/her own insurance (accident and civil liability insurance), covering personal injury and material damage on Swiss territory.

It's a breeze with Baloise bike insurance!

The Tour des Stations is pleased to collaborate with its Insurance Partner, the Bâloise.
Always keep your balance, even in an emergency. Insure your bike quickly and easily. From theft to vandalism, including damage due to a fall: if such an incident occurs, your bike insurance allows you to benefit from a quick solution 24 hours a day.

Find out about your advantages and conclude online bicycle insurance of with Baloise.

The Tour des Stations is proud to count on Enervit as a nutrition partner. Enervit is the partner of the most important sporting events, such as the Maratona dles Dolomites, Nove Colli or Vasaloppet, and of sportsmen, such as the UAE Team Emirates of the recent winner of the Tour de France, Tadej Pogačar, or Trek Segafredo.

Find out more about Enervit and its strategy for supplying our courses below.

There is no conquest without commitment. There are no results without work. And our commitment for over 40 years has been to support athletes at all levels to help them improve their performance. Training sessions are not enough. That's what the science says.

The science of nutrition has always been our conviction. This has made us pioneers in the world of sports nutrition; thus in Italy, but not only, Enervit is synonymous with Nutrition in the sports world. Our approach is based on knowledge acquired through continuous improvement. Our passion drives us to excel. It drives us to be responsible for what we produce from start to finish, under complete control, as everything is done in-house; an all in house approach that we are proud of. In fact, every Enervit Sport product is designed, developed, tested, produced and distributed in-house. A philosophy that is the basis of our products and our production process. A process that is entirely designed in-house, from design to testing, from product development to production, to marketing, communication and distribution; a process that ensures the highest level of quality. Our products are guaranteed Doping free by the renowned Cologne list® and our production system is ISO 9001 certified.

The Enervit Team: a faithful ally

As Alex Zanardi, a world-renowned sports champion - whose ambassadors we are proud to include - says, A job well done requires loyal allies. We have one that has always been with us: the Enervit Team. An independent company made up of doctors, researchers, nutritional scientists, athletic trainers, technical specialists, constantly dedicated to research and innovation. A team of experts who work in the field alongside the greatest champions and who have written the history of nutrition and sports supplements - before, during and after sport.

During all these years, Enervit, thanks to the precious support of all the Enervit Team, has had the honor to share the projects of great athletes. In 1984, the company realized a great dream, supporting Francesco Moser to beat the Record of Moment, in Mexico City. The company introduced great innovations in the world of cycling, new training methods and revolutionary strategies in sports nutrition. Later, Enervit was at the side of Reinhold Messner who climbed, without oxygen, his fourteen 8,000 meters. Moreover, the company has been providing medical and nutritional assistance to the Giro d'Italia for over thirty years. Our ambassadors are Miguel Indurain, Davide Cassani, Stefano Baldini and Alex Zanardi, known and admired by all. Among its elite athletes are Sofia Goggia, Federico Pellegrino, Friederik Van Lierde, Daniel Fontana, as well as the athletes of the national cycling, cross-country skiing, biathlon and alpine skiing teams, and others, in Italy and abroad.

Today, Enervit is proud to announce that in 2018 and for the next five years, it will be the official nutrition partner of Ironman Europe. In the words of Alberto Sorbini, president of Enervit, this is "the realization of a great dream, the opportunity to introduce our nutritional strategies and products to the many Ironman athletes throughout Europe".

One goal after another

Hard work pays off - with every goal reached, we think about the next one - guided by Science, Research, Innovation and Quality. We are a company that believes in the values of sport and our 226 employees work in this sporting spirit in the two production plants surrounded by the hills and Lake Como and in the headquarters in Milan. In Italy, Enervit is the market leader in sports nutrition, while in Spain and Sweden it is at the forefront of Nutrition for Endurance sports. We are also the main point of reference for many other European countries.

#fastandfemale is a promotion project that aims to get women excited about cycling. One of the measures is the promotion of women in cyclosportives.

It is with this common goal that the Tour des Stations and #fastandfemale have joined forces to offer an incentive package of 20% discount on all women's registrations on the Fondos courses of their choice. The discount code does not apply to Ultimates courses. You just have to register as a member on the platform here and when registering, enter your membership number in the statement. The discount will be applied automatically during the payment process.

MEET YOUR LIMITS WITH US